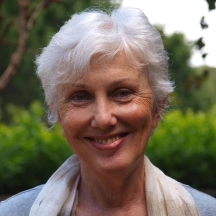 The essayist Sydney Smith, a contemporary of Jane Austen, famously defined pedantry as ‘the ostentatious obtrusion of knowledge’. Quite apart from the serendipitous pun—ostentatious—it’s a definition which fits the third sister in Austen’s Pride and Prejudice perfectly. Mary Bennet obtrudes her knowledge at every opportunity. She really is a bit of a pain.

Mary makes her first appearance in the second chapter of Pride and Prejudice, sarcastically framed by her father as a ’young lady of deep reflection’ who reads ‘great books and makes extracts’. A little later, Jane Austen tells us that Mary’s singing shows ‘neither genius nor taste’, that she is ‘always impatient for display’ and has ‘a conceited manner’ and ‘a pedantic air’.

Fashioning a heroine out of such unpromising material might seem daunting—if not downright perverse.  As one editor of my novel, Mary Bennet, commented: ‘I feel that Mary needs to be a little more engaging/likeable. Obviously you’ve based her on the character in Pride and Prejudice, but if she is to be the protagonist, we need to empathise with her to some degree.’  (For a wonderful article on ‘likeability’ in fictional characters, see Charlotte Wood’s blog.  But the editor’s comment did point to my difficulty in reimagining Mary. On the one hand, I wanted to stick to Austen’s script and not ignore unattractive aspects of the character, but I also wanted the reader to empathise with Mary, to appreciate what a difficult hand she’d been dealt. She’s ‘the only plain one’ of the five Bennet sisters after all, and as a middle child she’s isolated within her own family, having no confidante among her sisters. And neither of her parents favours her— Mrs Bennet spoils her youngest daughter, Lydia, while Mr Bennet always gives his second daughter, Elizabeth, the preference.

For me, the key to understanding Mary lies in her childhood—her birth-order as the third successive daughter of parents desperate for a male heir, her loneliness growing up between two pairs of closely bonded sisters, and—hardest of all perhaps—having to endure the brilliant unkindness of her capricious quick-witted father. (I originally conceived Mary Bennet as a novella about Mary’s childhood and adolescence, a prequel to Pride and Prejudice, and I write about this in more detail on my website. But inevitably, in trying to better understand Mary, the sister closest to her in age—Elizabeth Bennet—is seen in a less favourable light. And Elizabeth is not only one of literature’s best-loved heroines, she’s also beloved by her creator: Jane Austen in a letter to her sister, Cassandra, writes: ‘I must confess that I think her as delightful a creature as ever appeared in print, & how I shall be able to tolerate those who do not like her at least, I do not know.’ (Letter [79] 29/1/1813)

My Mary doesn’t much like Elizabeth– she’s more than a little jealous of her of course—but I can’t help feeling that Jane Austen didn’t much like Mary! Austen had no time for people who ‘ostentatiously’ obtruded their knowledge. In a letter to the Prince Regent’s librarian, she writes of herself: ‘I think I may boast myself to be, with all possible vanity, the most unlearned and uninformed female who ever dared to be an authoress.’ (Letter [132(D)] 11/12/1815)

With thanks to Heidi McCourt, Publicist, Penguin Group (Australia), for organising this post. 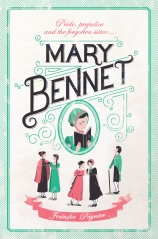 It is four years since Colleen McCullough breathed new life into the least popular of the Bennet sisters with her The Independence of Miss Mary Bennet. Now, Sydney-based writer Jennifer Paynter has created a newer, more authentic version of the continuing adventures of Mary in her book entitled, simply and tellingly, Mary Bennet.

McCullough turned Mary into an ardent feminist advocating for the poor, twenty years on from the ending of Pride & Prejudice. Paynter has neatly wrapped a prequel and a sequel around the original, presenting Mary in a more sympathetic and interesting light.

In the prequel, which Paynter began as a novella, she shows how Mary’s early experiences of rejection, when she was born to deeply disappointed parents anxious for a son and promptly turned over to a wet-nurse in an abusive family, serve to shape her character. She always felt herself to be an outsider in her family, neither favoured by her mother or father nor any of her sisters. Next, her sympathetic tutor encouraged her religiosity and his mother, with whom she spent her formative years, encouraged her to start her journal of platitudinous extracts to help her with her social ineptitude. When these friendships are suddenly broken, Mary comes under the influence of Jasper Coates and his Italian family who occupy Netherfield prior to the Bingleys. They encourage her musical abilities. However the ménage a trois also make a hasty exit after a denouement.

Meanwhile, Mary’s inner life reveals her keen observation of the Pride and Prejudice characters, especially the sibling rivalries in the family, making her unable to trust Jane and impatient with Kitty and Lydia. The dialogue between family members is masterful although at times, perhaps, relying a bit too heavily on the original text. A lovely Mary touch involves her constant reading of Mary Brunton’s Self Control to her mother during the crisis over Lydia and Wickham.

Eventually, Mary’s lasting friendship with the older niece of Mrs Long, Cassandra, serves to soften her character and moralistic judgements. Finally, the clever upending of the pride and prejudice theme in the love story results in Mary’s horizon’s being broadened both metaphorically and literally.

Mary’s struggles to deal with the “lower classes” provide subversive humour in the book as do some of her gauche attempts at communicating with her lover. The self-righteous Mary is embarrassed at being discovered asleep in the chapel at Netherfield after drinking too much negus at the ball.

“Lopping and cropping” could have tightened the novel as some of the incidents do not seem to fit comfortably into the whole, being too far-fetched for no apparent reason. In particular, the childhood death of a family member, Jasper Coates and his mysterious resemblance to Mr Darcy, and Mary’s melancholia, the treatment she receives and the further blackening of Wickham‘s character seem superfluous.

With over fifty writers already having been inspired to attempt to add to Jane Austen’s inimitable story, this one can take its place proudly as a worthy addition, being both entertaining and original.

NOTE: A Guest Post by Jennifer Paynter will be posted to the blog in a couple of days. Watch this space!